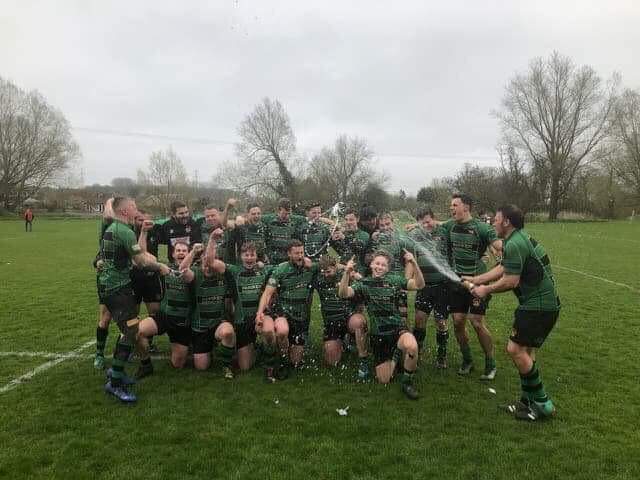 Last weeks loss to Norwich Medics gave Beccles renewed motivation to grab a win this week against a good North Walsham 2's side. But in a game that could have gone either way, the Beccles boys' managed a comeback-win to keep a firm grasp of their position

It didn't take long for the Bulls to score, winger James Sisley finished off a great backs move in the corner. The lead didn't last long however as Walsham were able to counter and go over for a score which they converted giving them a lead of 7-5. Beccles who were helped by a yellow card, sending Walsham down to 14 men temporarily, and by some good bits of territory. Despite this, they couldn't add anything to the score line other than 2 penalties which were converted by Temm Kauri. Beccles went into half time with a lead of 11-7.
In the second half, Jamie Catling managed to keep disrupting Walshams lineouts whilst captain Gedney done his best Brian O'Driscol impression winning multiple turnovers in midfield.
As the half wore on Beccles' discipline wavered as the number of penalties conceded crept well into double figures. This gave North Walsham a foothold into the game which they took advantage of getting 2 (unconverted) tries based on some good momentum play with the forwards. Kauri managed to get another penalty sandwiched between the 2 tries. This gave a score of 17-14.
Cameron Bonners introduction late in the game gave cause for a revival in team spirit. With 4 minutes left of the game Beccles got a penalty in front of the posts 30 meters out. Opting to go instead for a line-out instead of an attempted 3 points, Kauri managed to nestle the ball inside the 5 meter setting a good position for the forwards to work with. The lineout and subsequent maul worked well and Ollie Buck ended up getting carried over for a try. Beccles managed to get the ball back off kick off and play keep-away rugby to secure the win 19-17.
MOTM was Kauri who controlled the game not only with his kicking, but also his game IQ. Finishing with 3/3 penalty kicks and 0/2 conversions.
Beccles look again to next week when they play Norwich Union away. Beccles remain 7 pts clear at the top of the table but with Norwich Union sitting in 4th and with a game in hand and only 8pts a drift, another good performance from Beccles is needed.