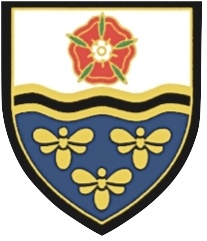 Well how do you summarise the last few weeks !!

Well how do you summarise the last few weeks !! Two hard away game victories were chiselled out at Waterloo and Penrith complimented by large home wins against De la Salle and Douglas – something for everyone. Then we had the points deduction & appeal process and the administrative nonsense that followed. However, in the background of all of that the 2nd XV continued to beat all around them and secure back to back promotions having lost 4 games all year – a fantastic achievement and all credit to Wayne, Austin James and the Lads – unprecedented season. So we then turn our attention to the Playoff game against Scarborough – the key being we had secured that game at home and a huge thanks to everyone who pulled together to successfully deliver a logistical challenge (including the weather) on the day, where we witnessed a very professional controlled performance securing promotion to Premier North/National 3 for the first time in the Club’s History. Finally, we like icing at Blackburn, and we travelled to Rochdale on Sunday to play in the John Burgess Memorial Cup Final (The Lancashire Cup) and by a whisker brought that home securing a 22-20 victory over very focused Rochdale team who played to the very end. A huge congratulations to Dino for all he has achieved so far, ably assisted this year by player coaches Phil, Tom & Greg. The whole squad are to be congratulated having only lost 6 games all year. We have kept Michelle busy all year but is very reassuring to have her calibre medical support on the side line each week

I don’t know about you but it’s going to take most of May to get over all that. What I must say on behalf of the lads is a huge thank you for your unwavering support home and away through the season. We have had great numbers at lunch and on the side-lines and that is going to be all the more important next season where both the First & Second XV’s will be facing some very different challenges. It is great that we can all share in the success of the past few weeks – although it has been years in the making – but we must be just as supportive when the going gets tough. I know this isn’t a difficult ask as we have such a great diverse supportive membership at Blackburn and thank you again for help make the season very special. It is also great to have a buoyant Third XV with thanks to Bully & Killian the Colts have had a challenging year but again it is great to see a few of the boys coming through into the senior ranks and playing representative rugby

Finally, as ever a huge thank you to everyone who has put their hand up and helped out this year – the club needs volunteers often for the unglamorous jobs. If you can help out on the gate one Saturday in the year, help with an event, introduce a sponsor, build a new trophy cabinet !! – know of anyone who has equipment or fixtures we can obtain to improve the facilities at the club, or just persuade the next door 7 year old to try mini rugby as against football and bring a mate then that would be fantastic- if we all one thing that delivered a material benefit to the club (however small) it would make all the difference. The finances of the club remain fragile and with the challenges ahead pressure on them will only increase so please think what you might be able to do. The efforts of Denise and David once again has been huge and work on the pitches by Chris and on the club by Mike key factors in ensuring we have fit for purpose facilities in which we can deliver Rugby Union – our thanks to all.

I hope you have a lovely Summer. We are expecting to hold the General Meeting for the election of officers on Monday 3rd June (formal notice to follow) where we will provide an update on the Development work. (The AGM will continue to be in September). We have the Summer Race Day Event on the 8th June, and we will keep you appraised of future Dinners and Events as soon as we can