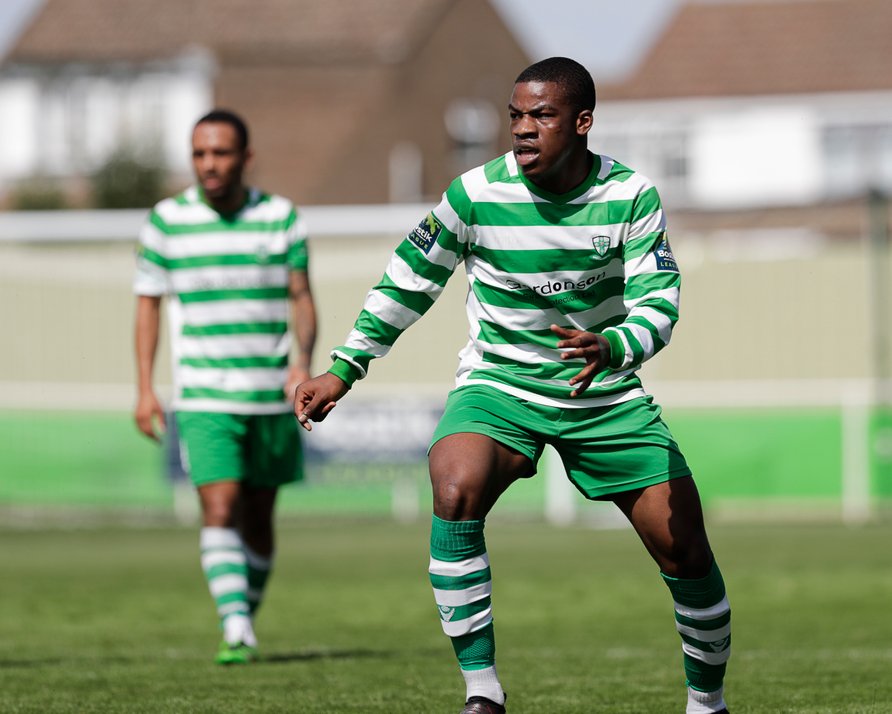 A Game That Could Have Gone Either Way

In a game that could of gone either way, the Abbotts were unlucky to be at the wrong end of a 1 - 0 scoreline. With a number of first team players unavailable for various reasons, The Abbotts played there part in a pulsating game. As one spectator said to us "If we both play like that in the season, we'll both be there or there abouts."

The game was competitive and chances were being created by both sides from the first whistle. The Abbotts thought that they had taken the lead in the first half when Ibrahim Kehinde hooked the ball past the Bracknell keeper only to his effort blocked on the line by a Bracknell defender. Rob Clark was the next person to test the Bracknell Keeper when his lob was pushed over the bar. Bracknell Town were also creating their own chances and The Abbotts were standing firm.

Abbey started the brighter of the 2 teams in the second half and only a great save from the Bracknell Town keeper denied Ellis Brown the opening goal. The Abbotts had the ball in the net shortly afterwards from Charlie Stimson only for the linesman's flag to rule it out. Bracknell then took the lead with a well taken strike from Liam Ferdinand from the edge of the penalty area after a break down the Abbotts left. There was still time for The Abbotts to create a great chance for a one on one for Ellis Brown but another terrific save from the Bracknell Town kept the forward at bay. The final whistle went shortly afterwards and the 3 points went the Bracknell Town in this league opener.

Mark Stimson said afterwards: "I felt that we were in the game for long periods and produced some good football. Ibby had one cleared off the line in the first half and we then started the second half the stronger. We thought we had scored a legitimate goal when Charlie Stimson scored but the linesman saw differently, it must have been tight! Of course we are disappointed to lose but we look forward to a good week at training and the first home league game against Cheshunt next Saturday."

The Abbotts are back in action on Saturday 20th August at home to Cheshunt - 3pm KO.