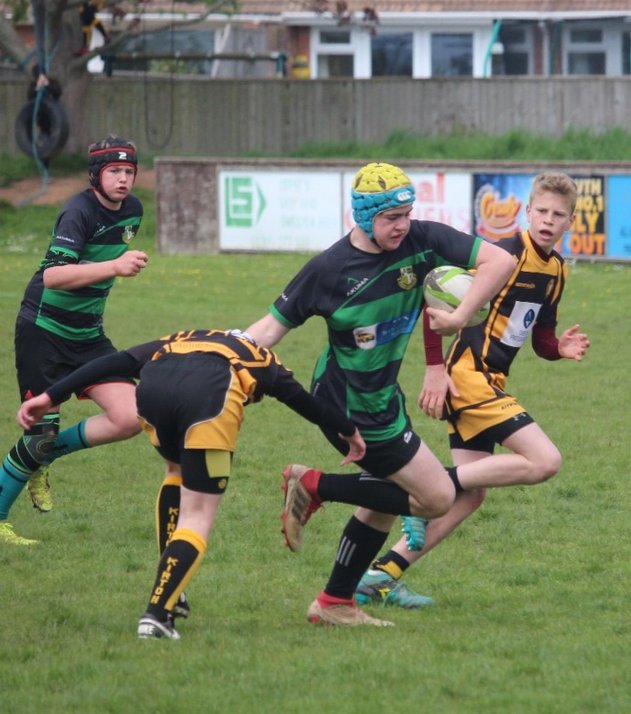 Fifty up to finish season

Looking forward to next season

Withycombe U13s signed off their season on Sunday at Raleigh Park with two very different games, both of which resulted in superb performances for varying reasons.

First up for the young Withies were Wallingford RFC, the newly crowned Oxfordshire county champions who were rightly brimming with confidence. Withycombe raced into an early three try lead through some very slick passing and strong forwards play. This though only served to wake up Wallingford who started to show their class and responded with four unanswered scores before halftime to go in with their noses in front at the break.

With fresh players introduced to both sides the game continued at a frantic pace. The skills on show from both sides were a pleasure for all the supporters to enjoy. The Withy boys responded with a try to take the lead again, this was short lived however as Wallingford again edged back in front with only a minute to play.

Straight from the resulting KO the Withy forwards were able to apply pressure and this lead to a turnover. From the base of the ruck the Withycombe no 8 had the speed of thought to dash through a gap with a sublime dummy and gain 20 yards. Again quick ball followed and Withycombe’s fly half was able to show his pace to beat two defenders and dot down for the games final and decisive score.

This was a game that could easily have got away from the Withy youngsters, but they showed great resolve to dig in and turn the game around for a final score of

The second game of the day saw Crediton take the field against the young Withies. The was a game in the recent festival that produced a very tight game finishing 5-5. This would be a very different affair.

Straight from the KO it became apparent that Withycombe’s power in the forwards and much improved passing game would be to much for Crediton to handle. And so it proved as a steady pro-session of scores kept coming for the Withy boys. However all kept their games heads on right until the end to send out a real statement of intent for next season.

This resulted in the following game stats

The team would like to thank all parents, supporters, coaches and club officials for helping make this a good season all round.

Sent from my iPhone