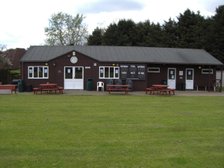 As a continually developing Cricket Club we are always keen to have new members. This website, www.bentleycc.co.uk, contains lots of useful details about the club.

The Club has 3 adult Saturday sides and 1 adult Sunday side, as well as a plethora of Colt/Junior sides. Within the Colts section we accommodate children from 5 to 18.

The 1st XI adult Saturday side play league cricket in the Hamro Foundation Essex League (HFEL) and we also have 2 sides in the T.Rippon Mid-Essex League. We compete in 1st XI Division 3 of the HFEL and various divisions of the T.Rippon league so we offer different standards, from beginners to experienced competitive cricketers, so there is a place for players of any ability. The Sunday side compete in the National Village Cup competition and play a selection of friendly games. The Club prides itself on giving every player their fair share of involvement in each game.

The Club also encourages Girl members and they play their league & cup cricket with the boys at all age levels.

The adult section train every Tuesday night and we have a few level 2 coaches within the Club that run those nights. The first adult training session of each season is the middle Tuesday of April at 6.30pm, weather permitting. Adult League Cricket doesn't start until the first weekend in May, but we do have a few friendlies in April.

The club has many DBS vetted coaches and helpers which support the Colts section training nights. As well as that we also have several level 2 Qualified Coaches. For training nights of the Colt sections please see their relevant page of this website.

The Club ground in Coxtie Green Road has:

The licensed bar is open on training nights and match days so parents and supporters can watch the training/matches and have a drink in the club's picturesque grounds. Then once training and matches have finished players can also unwind in the welcoming environment with a drink or two.

Our ground has also played home to the T-Rippon Representative XI, who compete in the inter-league Sovereign Trophy, since 2008.

If you are interested in joining our Club you are welcome to come over to any of the training sessions to get a feel for the Club and take part.

If you can see yourself enjoying the Club and the game, then to join please see the membership page which has details of the application forms, which you can complete and bring with you to a training session.