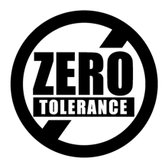 The rules below will be enforced.

Abuse of any kind to officials, players and opposing spectators by anyone that is reported and found guilty will be severely disciplined.

Clubs will also become responsible for their officials, players and spectators conduct and a two warning rule will be introduced.

If there is a third offence within their club and they are found guilty then a £250 fine will be imposed on that club.

THIS WILL BE ON TOP OF ANY DECISION GIVEN BY THE DISCIPLINE PANEL TO THE PERSON/S CONCERNED IN THE THREE STAGES.

Touchline Managers found guilty will receive touchline bans and their TLM ID badge removed (you are there to support not abuse).

Please ensure all personnel within your club are made aware of the consequences should they take inappropriate action on match days.