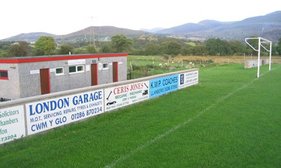 1. No subscription is necessary to become a member.

2. Every Cheque drawn on the Clubs Bank Account shall be signed by any two of the following: -

a. Chairman
b. Treasurer
c. A member appointed by the Committee

3. The accounts of the Club, shall be audited annually, this shall take place in the close season (i.e. May, Junes or July) by two auditors nominated annually by the Committee.

1. The Annual General Meeting of the Club shall be held in the month of June in each year for the presentation and (if accepted) the passing of the accounts for the financial year ended the last day of May immediately prior to the Meeting, the election of the Officers and Committee, and any other business which shall be communicated to the Secretary and included in the Notice of The Meeting, which may be published in the the local paper and/or publicly displayed at approved centres.

2. An Extraordinary General Meeting of the Club may be convened at any time by the Committee, or shall be convened within 14 days of the request in writing to the Secretary of not less than six (6) Ordinary Members stating the purpose for which such Meeting is required.

2. The Officers of the Club shall consist of a Chairman, Vice-Chairman, either Secretary or Joint Secretaries and Treasurer.

4. The Officers and other members of the Committee of the Club shall be elected at every Annual General Meeting, and shall hold Office until the next Annual General meeting following that at which they were elected.

5. Any Officer or Member of the Committee may resign by giving not less than 1 months notice to the Secretary.

6. Any casual vacancy occurring amongst the Officers or Members of the Committee may be filled by the Committee; any person so elected shall hold Office only until the next Annual General Meeting and shall be eligible for re-election.

7. Meetings of the Committee shall take place not less frequently than one in every week. Subject thereto, the Committee may meet together for the despatch of business, adjourn, and regulate their proceedings as they think fit.

8. Every member present at a Committee Meeting may have one vote, and questions arising at any Meeting shall be determined by a majority of votes and in case of an equality of votes the Chairman of the Meeting shall have a second or casting vote.

10. The Committee may also from time to time appoint Sub-Committees as they think fit for such purposes as they may determine.

11. The Secretary shall keep a register of the names and addresses of all Committees, members and signed players, call meetings, keep correct minutes of the proceedings at all Meetings of the Club and the Committee, conduct correspondence, be responsible for the books and papers appertaining to his Office, and perform such other duties in connection with the affairs of the Club as the Committee may from time to time direct.

12. The Treasurer shall receive and on authority of the Committee, disburse all monies due to or from the Club, shall prepare all financial statements, and shall be responsible for the books appertaining of his office.