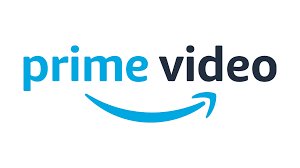 STEELERS TO STREAM ON PRIME VIDEO

Steelers, a new documentary which follows the world’s first gay and inclusive rugby club, will premiere exclusively on Prime Video in the UK and Ireland on 16 April 2021.

Steelers is an emotional and heartwarming story, following the players and coach of the Kings Cross Steelers as they journey to overcome personal struggles and compete against 60 other gay clubs in the Bingham Cup in Amsterdam – the World Cup of gay rugby.

The film follows three central characters, each confronting personal issues in their lives. This includes the gay female coach and former international player for Wales, Nic Evans, fighting misogyny in a male-dominated sport, the Birmingham rugby fanatic, Simon Jones, battling his own demons after recently coming out, and the wannabe drag queen, Andrew McDowell, who teaches viewers to live as the person they truly are. Through each character, Steelers shows how this inclusive rugby community has helped people overcome their struggles in ways they never would have imagined.

“Steelers is a frank, honest and uplifting documentary that shows how a shared community can provide hope and a sense of belonging,” said Martin Backlund, Head of Content, UK Prime Video. “I know Prime members in the UK and Ireland will be inspired by the personal stories within and the important issues it tackles.”

Eammon Ashton-Atkinson, director of Steelers said; “This story isn't just for rugby fans, or even gay people. It's a story for anyone who has felt like they don't belong or isn't living the life they want to be living. I hope this film inspires people to try something they may have been afraid of giving a go before. The fact that Prime Video will beam this documentary into homes across the UK is incredible. If this helps one person who may be suffering with their mental health, or helps someone from the LGBTQ+ community feel like they belong, then making this film will have all been worth it."

Steelers joins Prime Video’s collection of exclusive sports documentaries and docuseries including Everybody’s Game, All or Nothing: Tottenham Hotspur, All or Nothing: Manchester City, Andy Murray: Resurfacing, The Test, Take Us Home: Leeds United and more. Prime Video will also offer Prime members in the UK live coverage of over 20 Premier League football matches in 2021, plus its continued exclusive coverage of ATP & WTA Tour tennis and US Open tennis matches for no additional cost to their Prime membership.

Prime members will be able to watch Steelers anywhere and anytime on the Prime Video app for smart TVs, mobile devices, Fire TV, Fire TV stick, Fire tablets, games consoles, on Virgin’s V6 TV Box, the Talk Talk TV set top box, Apple TV, Chromecast, BT TV or online at www.amazon.co.uk/primevideo. In the Prime Video app, Prime members can download episodes on their mobile devices and tablets and watch anywhere offline at no additional cost. Prime Video is available in the UK and Ireland at no extra cost to a Prime membership for just £7.99 a month or £79 per year. New customers can find out more at amazon.co.uk/prime and subscribe to a free 30-day trial.