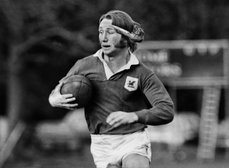 London Welsh Rugby Club is one of the most famous institutions in world rugby. We are a members owned club offering a unique rugby experience for all from the ages of 6 to 60 (Limited Company Registration number 05044731).

As a playing member of London Welsh you can expect to enjoy a supportive environment to enjoy your sport. London Welsh is a World famous club renowned for its history and the quality of teams that it has produced over a star studded 135 year history!

We have the facilities, coaching staff and ethos of a Premiership/Championship club and look to provide our players with a unique experience of professional surroundings within the amateur leagues. London Welsh is currently following an ambition 5 year plan to return to the National Leagues under the RFU pyramid, with a squad packed with talent and led by Cai Griffiths (Ospreys, London Irish and of course London Welsh), Will Taylor (Ospreys, Wasps) and Steven Shingler (Scarlets, Cardiff Blues and Ealing Trailfinders).

However, above all else London Welsh RFC is a family and a community. We are a very close club and we look after our members. Our family make life long friends and networks and we believe in a rugby club being much more than just what happens on the field! Join our family, join the journey.

London Welsh Rugby Club was formed in 1885 and continues to be a friendly and welcoming place to play, and watch rugby. The club aims to encourage maximum participation and enjoyment ('hwyl') of the game for all players, from the highly competitive to social rugby. We especially try and be the place to play and watch rugby for the ex-pat Welsh community living in and around London. However, we are much more than a club with strong connections to Wales, in the 18/19 season the club had representatives from 12 different countries take to the field in the famous red jersey. We run the following teams:

3. Youth Section operating Under 13 and Under 14 with multiple teams and Under 15 to Under 18 in the Herts and Middlesex Leagues

4. Mini Rugby - A Vibrant Mini Rugby Section for Girls and Boys from our smallest Little Wizards at Under 6 to Under 12.

Alongside our playing teams we have the following organisations:

Please come and play, support and enjoy one of the best clubs in the world.