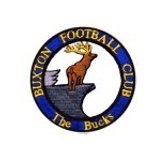 Rainford goal not enough for Mariners.....

Marine slipped to their second home league defeat of the season on Bank Holiday Monday, going down by the odd goal in three to Buxton at the Arriva Stadium despite taking the lead 11 minutes in to the second half.

Given two excellent wins on the road and Buxton’s record of wins over Marine being as rare as a smiling face at the World Gurning Championship the home fans might have been expecting three more points, especially after a first half which saw the home side create plenty of scoring opportunities.

Jamie Rainford was on the end of most of the early openings, nipping in after hesitation between goalkeeper and defence but being forced wide, before almost having his head knocked off by Stephen Johnson’s fierce cross after a good run.

Jon Goulding saw a header from a corner drop just over the bar and then had another effort from 25 yards again go too high as Marine continued to press.

The Bucks had struggled to create much against the home defence but had arguably the best openings of the half, Grant Black crossing in to a dangerous area for Kieran Lugsden to head towards the corner, Ryan McMahon plunging to his left to pull off a great save.

Sean Doherty brought a save from Scott Hartley at the other end with a strong volley, before firing another effort over the top.

Shaun Callacher had to be alert to clear off the line as Buxton again went close but Marine missed their best chance on the cusp of the whistle, Doherty seizing on a quick free kick and rolling the ball across goal, John Shaw sliding in under heavy pressure with his effort clearing the crossbar.

The start of the second half saw Mark Reed’s volley deflected wide for the visitors but it was Marine who took the lead, Steve Hussey pouncing on a mistake to slide through for Rainford, the club’s leading scorer having plenty of time to produce an angled shot in to the far corner for his third goal in as many games.

The Whites’ lead was short lived though, Buxton responding well to grab two goals in three minutes, substitute Steve Ridley firing a 25 yarder in to the bottom corner on 58 and then Michael Towey nodding home at the far post following a half cleared corner.

The Mariners struggled to make any real headway after that against a well organised defence, the Bucks comfortably seeing out time to record their first win over Marine since 1982.

Buoyed by two away wins in five days Marine will be hoping to maintain their form as they return to The Arriva Stadium to face the Bucks of Buxton.

Buxton picked up their first points of the season last Saturday at home to Whitby Town after opening defeats to Hucknall Town and FC Halifax Town. They are managed by veteran manager John Reed who notched up his 2,000th match as a manager at the end of last season.

Subject to injuries, Marine manager Kevin Lynch is likely to keep faith with the team that has performed so well recently. Jamie Rainford will hope to continue his scoring form while Joe McMahon’s four match suspension will come to an end after the game.

Formed as an offshoot of the town's cricket club, Buxton F.C. began life in the autumn of 1877. Its first game took place on Saturday, 27 October at The Park (still the home of the cricket club). The club played its home matches in local playing fields before moving to the Silverlands in 1884, then a field owned by Frank Drewry, the club's first captain. Situated 1,000 feet above sea level, the Silverlands is the highest ground within the soccer Pyramid.

The club entered The Combination in 1891 and joined the Manchester League in 1899, winning the championship in 1931/32, which prompted a move to the Cheshire League for the following season. It took 40 years to bring the Cheshire League title to Buxton, though the club had been runners-up in 1962/63.

Promotion to the NPL for the 1973/74 season was an opportunity eagerly seized and honours in this league comprise the winning of the President's Cup in 1980/81 and a League Cup final appearance at Maine Road in 1990/91. The club's highest NPL final placing was 4th position achieved in 1980/81, though it was not until 10 September 1991 "the Bucks" actually topped the NPL (eventually finishing 5th).
Buxton's best achievements in the F.A. Cup were in 1951/52 when the club, having defeated Football League club, Aldershot, 4-3, reached the third round proper only to lose 2-0 at Division 2 side Doncaster Rovers. First Round appearances followed in 1958 and 1962.

The early days of the F.A. Trophy saw the club develop a considerable reputation, reaching the quarter-finals in 1970/71 and 1971/72. A full member of the F.A. and the Derbyshire F.A., Buxton have won the Derbyshire Senior Cup 8 times, including 3 times in the 1980s.
A members' club run by an elected committee for most of its life, Buxton F.C. became a Limited Company in June 1993. The club was beset by financial problems after the establishment of the National Lottery and successive relegations in 1997 and 1998 took it to the NCEL.

Manager, Nicky Law, took over in 2005 with the brief of leading the club back to UniBond League status. His first success was in leading the club to NCEL Presidents Cup victory in 2005 against Sutton Town. In 2005/06 the Bucks enjoyed their best season since the early 70s. The President's Cup was retained and the NCEL Premier title was won with eventual ease, beating second place Liversedge by a massive 15 points, losing just 3 league games all season and conceding just 27 goals in 38 matches.

The league victory meant a return to the UniBond League that the club's followers had been crying out for since 1998 and the success was to continue with the capture of the UniBond First Division championship in 2006/07 as well as winning the UniBond President's Cup.

The club's fortunes have been drastically changed in the last few seasons and the Silverlands ground had extensive improvements in 2007.
Nicky Law departed the club at the end of 2006/07 and was replaced by John Reed who guided Buxton to the play offs in 2008/09 and upper mid table in the past two seasons. In 2009/10 the Bucks also won the Derbyshire Senior Cup