The Star Hotel on the High Street on the corner with Sun Lane (presently Pizza Express) was the venue on Thursday 22nd November 1877 of a meeting of football interests in the town. Newmarket Town Football Club was formed thus making them one of the oldest clubs in the country. 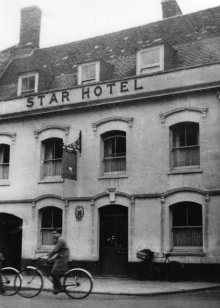 Under the presidency of Mr.B.T. Chennell, Mr F.G. Postans informed the meeting that subscriptions of nearly £25 had already been collected. Flags, posts and all articles necessary for the game were on order. Players were to be supplied with a suitable uniform at half price.

The first committee was elected as follows:

It was further resolved that the headquarters would be the Star Hotel and annual subscription would be five shillings (25p). The first practice was to be on the Severals on the afternoon of the following Thursday. Following on, a practice field was lent by Mr. Norman Wiseman, and funds became available to purchase a tent in December.

The first match took place on the Severals (with the permission of the Jockey Club) on 1st February 1878 but Newmarket were beaten 3-0 by Pembroke College . 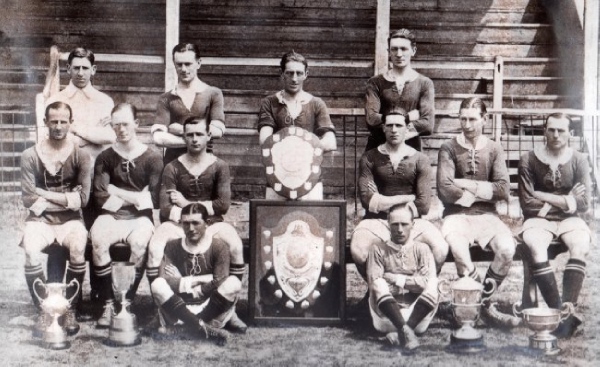 They began life in local football on a pitch on the Heath near Sefton Lodge, until moving to the present Town Ground in 1885. Few clubs have managed to stay at the same ground for 127 years. Initially the ground was shared with the Cricket Club, the Quoit Club, the Athletic Club, the Gun Club and the Hare and Hounds Club, a real sports centre! The inaugural game on the new ground was on Wednesday October 21 1885 Newmarket Town and Bury School. For obvious reasons they soon became known as ‘The Jockeys’. Little success came until 1920 when they won the Cambs Senior League and also the Cambs Senior Cup. The Cambs Challenge was won in 1926. Moving into the Bury and District League Division One they won the title in 1926/27. 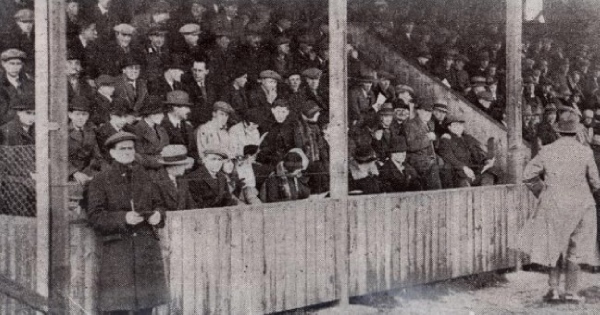 The New Stand
Easter Sunday 30th March 1929 versus Leiston Works Athletic.
The stand cost around £200 to build, gate just over 1000.

Another move, this time to the Ipswich and District League resulted in them winning the title in three consecutive seasons, 1931-32, 1932-33 and 1933-34 and the Suffolk Senior Cup in the season 1934-35. Around this time crowds of 2,000 were seen at major games. Wartime matches saw even International Players such as Stan Mortensen ‘guesting’ for the jockeys. 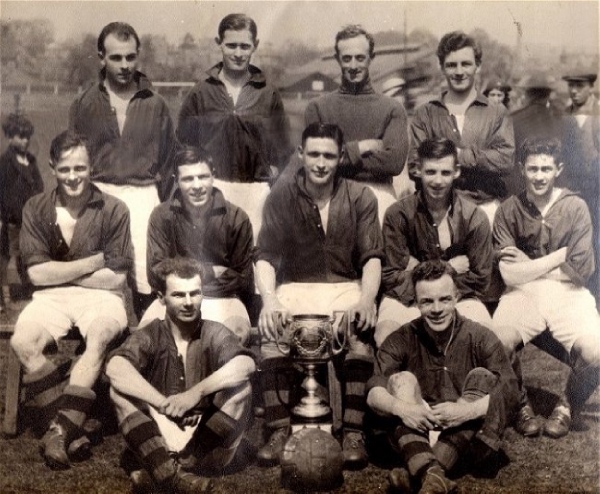 The club had good times in these earlier days, even to the extent of forming an ‘A’ side that had its own share of success before fortunes changed for the worse. Following the war, the club finished bottom for five consecutive seasons, and by the end of the 51/52 campaign, they again found themselves rooted at the bottom of the ECL, having lost all 34 league games, scoring 19 goals whilst 171 goals against, a claim to fame that will take some beating. Forced to return to Junior football the club joined the Peterborough and District League, which they won in 1957/58, before returning to the Eastern Counties league in 1959/60 where they have remained ever since. 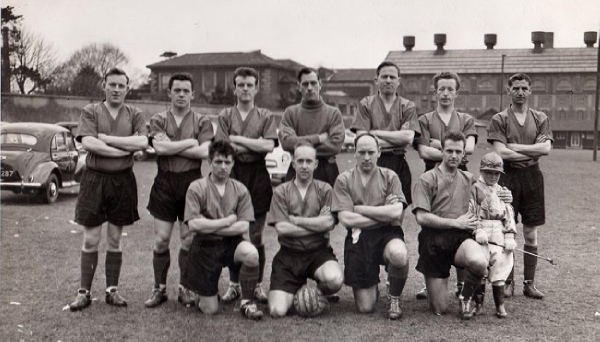 Their best season was as runners up to Lowestoft 1966/67. League honours having been elusive they have in recent years won the Suffolk Premier Cup four times in the five seasons to 1999.

The present clubhouse was completed and floodlights were installed in 1985. The first league game under lights being against Ely City on 19 November. The old wooden stand was replaced by the present 144-seater stand in 1996.