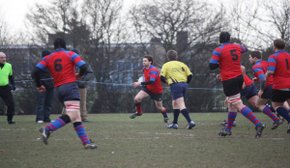 Old Streetonians is a rugby club like no other

We have a story like no other
Since being formed by the artists and vagabonds of early 90’s Shoreditch we’ve developed into a club with three competitive teams.

On the way we’ve played at Twickenham, had an art exhibition in the Museum of Rugby and been coached by both Chris Robshaw and Jonny Wilkinson

We play like no other
Whether you’re completely new to rugby or looking for a new challenge after a Lions tour we’ll get you a game. All we then ask if that you give your all, and support others doing like wise. Rugby is a game to be relished; it should be a break from the London grind.

But, we play hard too; we’ve held our own in London 2 (Level 7) and provided full Middlesex players in the last year few years.

We have a social side like no other
After immediate post match sustenance, we head to the eclectic Howl at the Moon in the heart of Hoxton to continue the evening. The Howl serves some of the best beers in the world (none of which will you be made to drink through a sock).

And we welcome players like no other
You don’t just join Old Street you become part of our story. We’re not going give a tie and a load of odd rituals to maintain.

Instead, we ask that you bring what you’ve got to the club (ideally both on and off the pitch – but either one will do).

Home matches are played on three fantastic pitches on Hackney Marshes close to the Olympic Park with all new amazing facilities.

Training takes place weekly under floodlights on the fabulous new all weather astro surface in Haggerston Park - see the Training page for details.