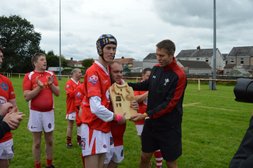 Ability Rugby International is the Federation of mixed ability rugby sides who include players with and without disability. 2015/16 saw 21 teams from across seven nations involved in the Championship.

The competition is unique in that it rewards participation higher than winning.