In 1974, at age 24, Mitch Avent started playing rugby for the Richmond City Rugby Football Club while a second-year dental student at the Medical College of Virginia. He started at outside center on the B side and eventually wound up at fullback on the A side by the second season. He "fell in love with the game from the start and realized then it wasn't just a sport but a way of life." 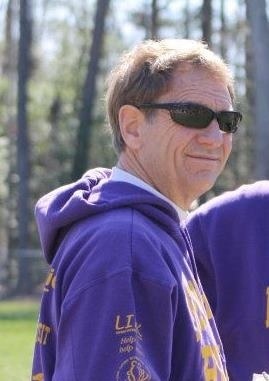 He finished dental school in 1976 and did his residency in Pediatric Dentistry at the Medical College of Georgia in Augusta. One reason he chose MCG was because they had a rugby team that was just starting and he had met a few of their players while visiting. Because of the rugby club, he "immediately had thirty new friends in a place I had just moved to." He left Augusta in 1978 to return to Newport News to practice dentistry, with a goal in mind to start a rugby club.

So, in August 1978, after calling up some high school buddies and others he'd heard were interested, he got them together for their first practice at Hidenwood Elementary School. They were quite the ragtag group, with only four of the twenty players ever even having seen a rugby match. But they persevered, and in a few weeks, they scrimmaged the now defunct Hampton Rugby Football Club. They got pounded, but it brought together a good solid core of guys who were committed to making this thing work.

During the first season, Newport News just played against B sides and exhibitions, but they continued to grow in strength and numbers. By their second season, the Hampton Rugby Football Club folded, and Newport News inherited some very strong players such as the King brothers and John Read. At this time, they started playing A sides in the B division such as Lynchburg, Cape Henry, Rats, VCU, and William and Mary and were actually holding their own. In their third season, they started picking up some Williamsburg players like Ed Wigley, Mitch Huff, Warren Aldrich, and Bob Middleton. By the fifth season, Newport News won the B division!

Mitch finished playing A side in 1983, but he would sneak out for a few B sides until 1988 when he injured a leg.

In his own words: "Over my thirty-plus years of being involved in rugby, I've made many great friends, not just acquaintances, whom I will always treasure. I don't know any other amateur sport that encourages such a strong and lasting bond, and I enjoy seeing that continue with the NNRFC."