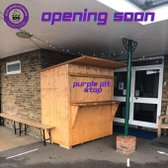 Old Loughtonians is the premier hockey club in North East London, Essex and the East of England catering for hockey for all ages and abilities.

We welcome elite players, social players, absolute beginners of all ages and players coming Back to Hockey

The club is conveniently situated in Chigwell just outside central London and is accessible by tube and road.

We have 5 Ladies teams which all play in the East League. The L1s are in the premier division.

Our Colt section (U18, U16, U14) is one of the biggest and most successful in the country (both indoors and outdoors) with more than one team in each age group. Many of our Colts play representative hockey at County, Regional and National level.

We have a thriving Mini sectionn (U12, U10 and U8 ) which meets on Saturday mornings.

Please see the separate pages which include links to the main pages on this website.