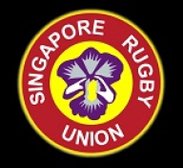 Nickname: GOAT or in Tongan; KOSI

Rugby mad family with his dad Etuate Snr, Uncles playing for Tonga on the 70’s. Also a few 1st cousins, Rodney (Rodzilla) Blake who played for the Australia Wallabies and Ben Afeaki for the All Blacks. One to watch out for is Adam Coleman how is a towering Second Row for the Western Force. Very similar to Inoke in his prime but, taller, stronger, faster and better looking. Older Brother Lusiano played for Hong Kong in the late 90’s and younger Stanley brother was a try scoring freak for Tonga.

Somehow Inoke managed to rack up 3 RWC Tournaments dating back to 1995 in South Africa. His swansong for Tonga was against England at Prince du Parc in Paris in the 2007 RWC. He Captain the Tongan Team for 4 years which included the 2003 RWC Campaign in Australia. Other Team Inoke has Captained are The Combined Pacific Team P.I.R.A in 2004, Llanelli Scarlets, Saint Etienne of France.

Inoke has been in Singapore for nearly 3 years and his visa is still questionable as we know many of his country men tend to overstay their visa expiry date. He has the Role of Technical Director at Singapore Rugby Union, when quested about his role he often diverts the conversation to the state of the economy or the flora and fauna diversity in Singapore.

Inoke’s sons Ken and Etu are keen to learn the game and there are loving the Titan Sunday Sessions!