Slough RFC KIDS FIRST section was pleased to donate a number of KIDS FIRST Rugby packs to local schools. The packs went to primary and secondary schools and included Rugby balls, laces, posters and a KIDS FIRST pledge plaque. There are a small number of packs remaining. Email kidsfirst@sloughrfc.com if your school would like to receive one. 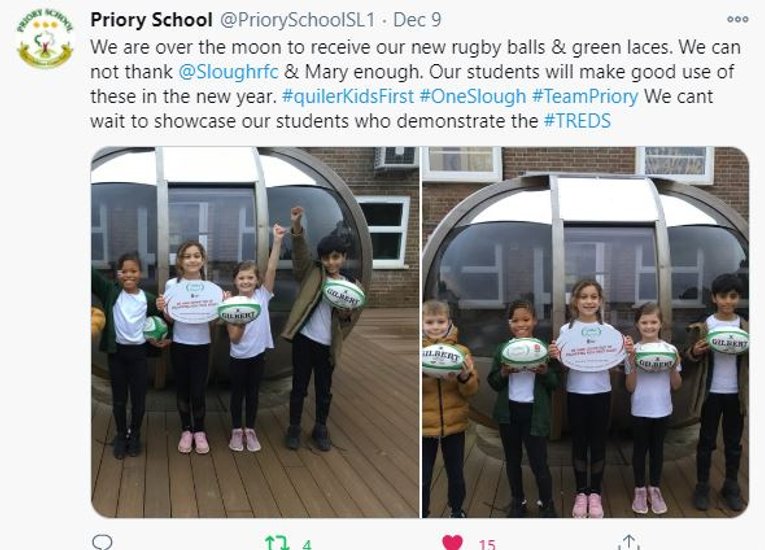 Coaches Colin and Mary went along to catch up with teachers and give the pupils some encouragement and tips in their games.

All pupils received a leaflet and wristband and we hope to see some at them at the club to take their rugby further over the next few weeks. 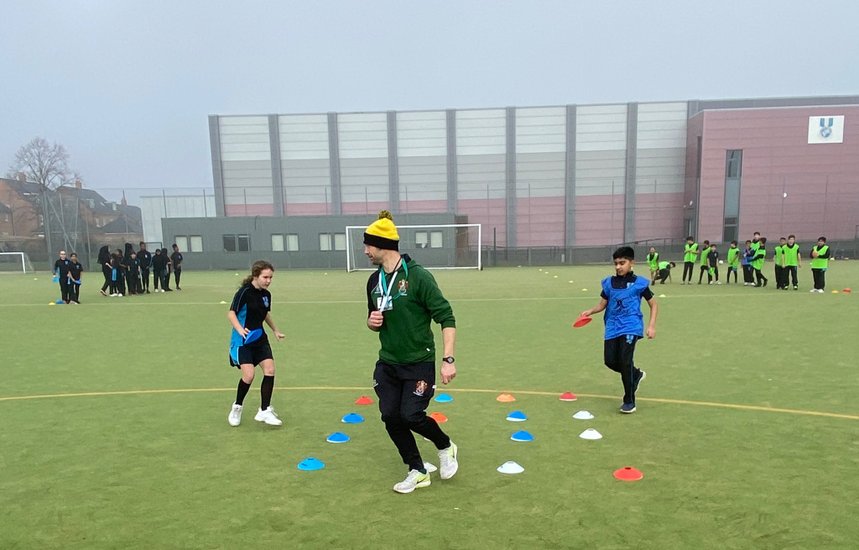 Slough RFC was pleased to send a coach to support Rugby at Wexham Secondary school.

Youth Chairman Martin Tilby, who also coaches the club’s U13+ group, visited the school to run a series of taster sessions for yr7 pupils.

150 boys and girls were taken through some popular youth rugby drills, skills and games to introduce them to the sport. Many pupils had little previous experience or knowledge of Rugby but there was plenty of enthusiasm to learn!

All pupils were offered leaflets and wristbands and invited to join us at the club over the coming weeks for a follow up session. 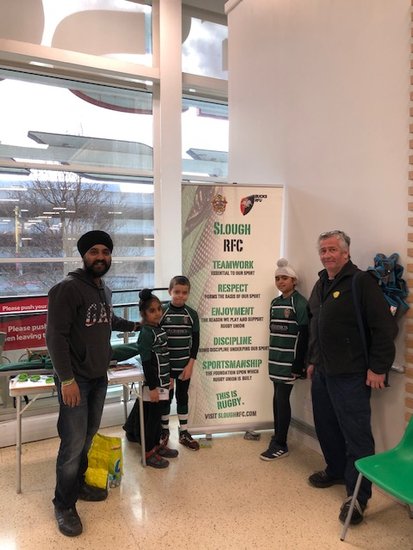 Players, parents and volunteers from the U7-13+ age groups gave out leaflets and talked to shoppers about the club, encouraging them to bring their children down to ‘Give Rugby A Try!’

A big thank you to U7s Jasmehar, U10s Sam and Harvey, U11s Gursahib, U13+ Dylan and Joshua for doing a great job of leafleting and to the parents and volunteers who supported them.