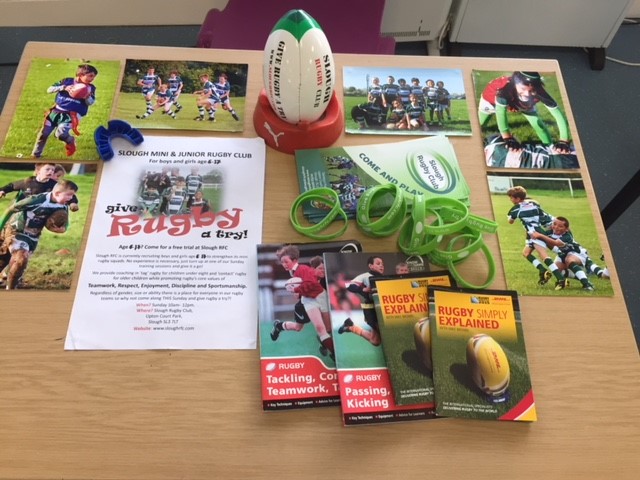 Slough RFC was pleased to attend Grove Academy's Winter Wonderland Fayre yesterday, introducing the club into Slough’s newest school. A busy time was had answering questions and giving out leaflets and wristbands to pupils and inviting them to take their rugby further by joining us in the new year. A big thank you to the school for inviting us and we look forward to seeing how we can work together in 2018 :) 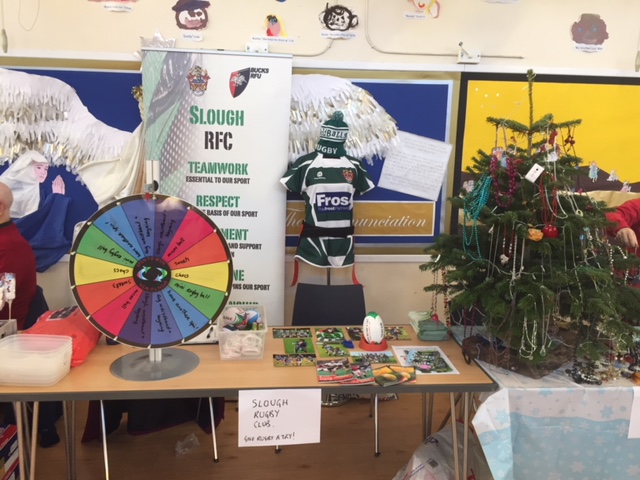 On Saturday we were invited by one of our young families to have a presence at their school fete. This was a good opportunity to get involved with a local school and a busy time was had running our Spin the Wheel game and giving out information about the club.

Slough RFC was pleased to be invited to the Christmas Fair at new neighbours Ditton Park Academy yesterday. A big thank you goes to Barry, Sid, Matt Fenwick, Sam Rowe, James Flisher and Karen Wild who went along to give out leaflets and promote the club at the event.

A big thank you to Paul and Robert Cooksey who manned a stall for Slough RFC at an event in Lismore Park on Saturday. The event, organised by Active Slough, was to raise awareness of local clubs and services and resulted in two potential new players turning up to 'Give Rugby a Try' on Sunday :)

Slough Rugby Club took part in world's biggest coffee morning 2017 to raise money and show support for the wonderful team at Macmillan cancer support. In a change to last year's event which took place over three days, this year's efforts were focused on one day with approx. 100 M&J parents, senior players, club supporters and committee members turning up to drink coffee, eat cake and raise funds. 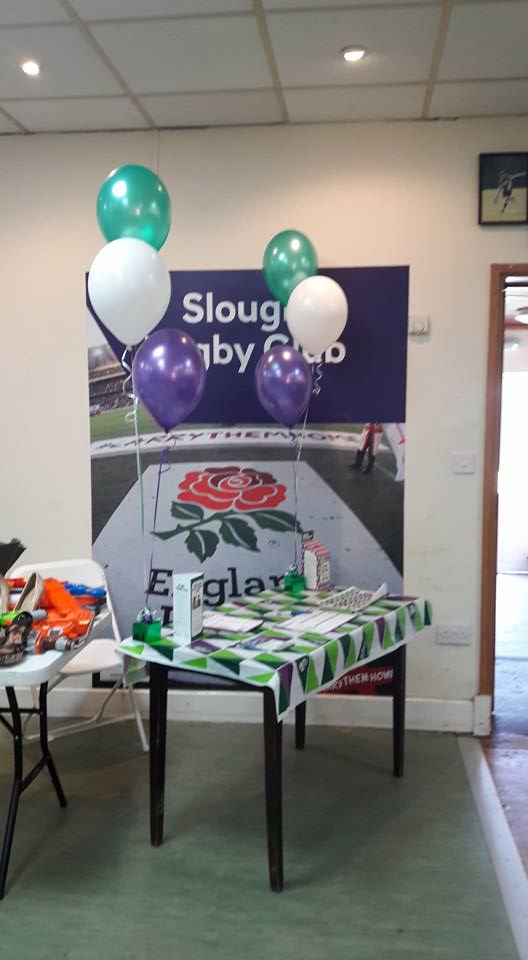 The event was a great success with a combination of cakes, coffee, raffle, sweepstake, spin-the-wheel game and bric-a-brac stall raising a total of £565 while a 'bake-off' saw fierce competition from members with past-president Mike Wild's chocolate cake the winner and bar manager Chris Winter's banana cake entry in second.

A huge thank you and well done to Louisa Caldwell for organising and a big thank you to everyone that came along to support. 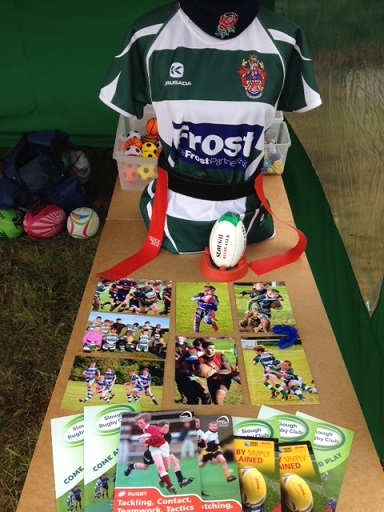 Slough RFC attended Iver Heath British Legion Family Fun Day for the first time on Saturday. U8s coach James Hammond attended the event and had a nice day encouraging visitors to the stall to 'Give Rugby a Try' ahead of the new season.

Slough Rugby Club ran a spin-the-wheel game and obstacle course at a very wet Slough Playday this year. Both ‘attractions’ proved to be reasonably popular and a good number of families visited the stand before rain stopped play for the day. 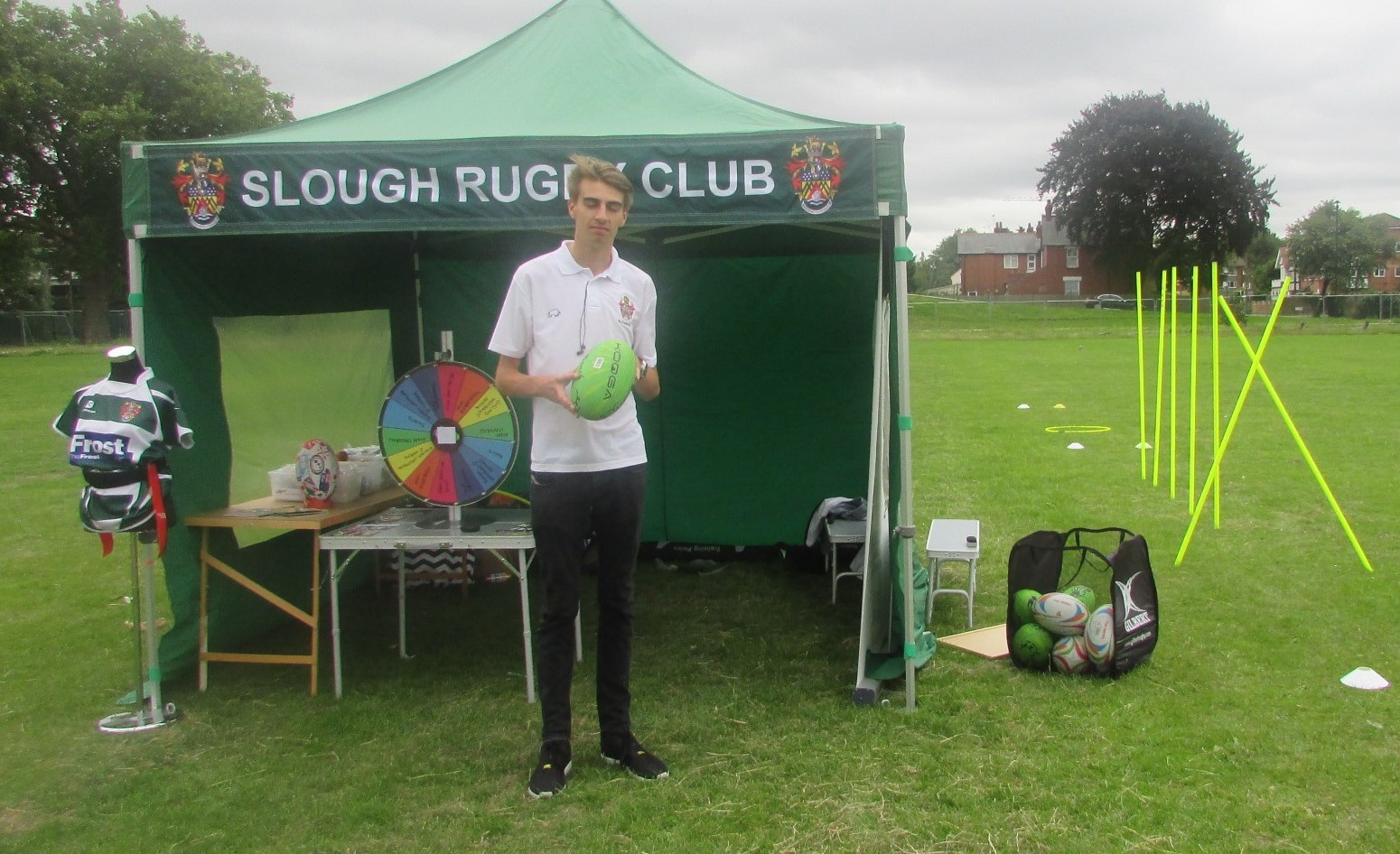 A big thank you to brothers Callum and Sebastian Gray who gave up their time to support which enabled the club to attend. 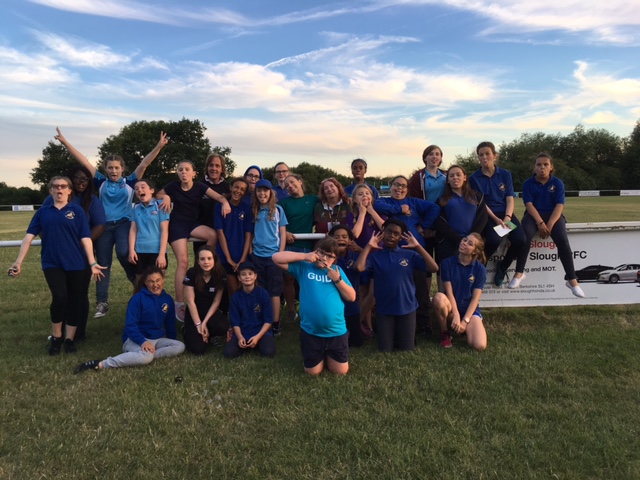 25 guides turned up for their first taste of girls tag rugby. The session was hosted by ex Slough player Rebecca Belcher who received an exclusive scholarship at Hartbury College and played for Bristol last season. The girls had a great time and many have promised to return in September for the beginning of the season. 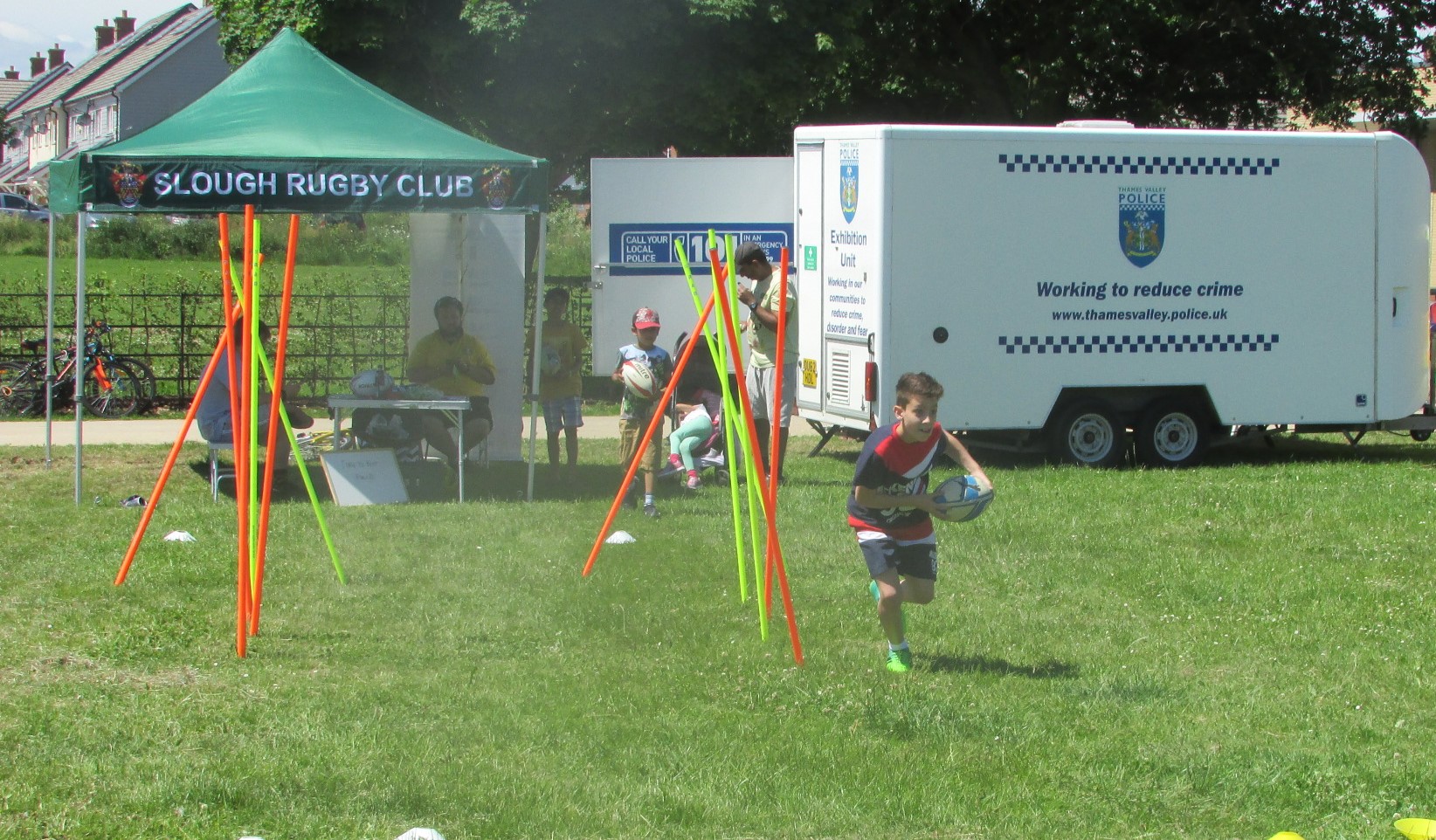 Slough Rugby Club was pleased to support Active Slough by running an activity at the opening of the newly regenerated Kennedy Park.

A big thank you to Sebastian Gray, James Bates and Llewellyn Pengelly who gave up their day to ensure that the club had a solid presence at the event. 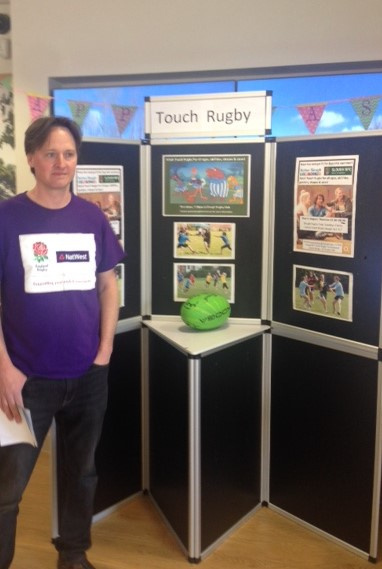 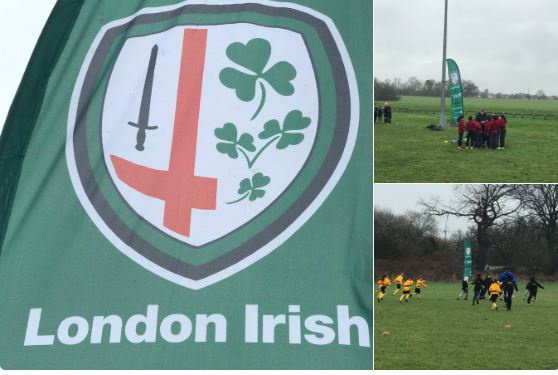 Despite some rain and very muddy conditions there was a good turnout for this year’s Schools’ Tag Rugby Tournament hosted by Slough RFC.

There was some excellent rugby on display and any child wishing to take their rugby further is invited to join Slough RFC Minis section for training on Sunday mornings. 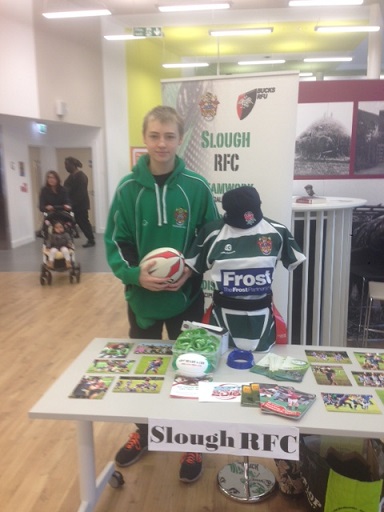 Slough RFC was invited to have a table at a health and fitness promotion run by Active Slough in the Curve.