Slough RFC is pleased to be working with Ditton Park Academy. Martin will be leading their after-school Rugby club for one session a month until Christmas. We are hoping to organise a similar project with another local secondary school to begin in the new year.

Slough RFC was pleased to strengthen links with 13th Slough Sikh Scouts group by running a rugby taster session for the cubs section. 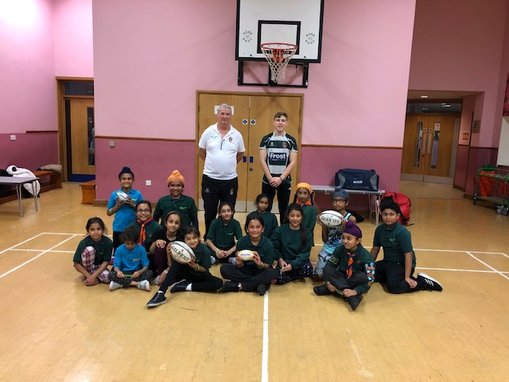 Youth coach Barry and his son, U17s player Harry, took the cubs through a few rugby training games and drills before finishing with a game of Tag Rugby.

The Cubs seemed to enjoy the session and we hope to see some of them up at the club soon.

Slough RFC was invited to Decathlon's Vitalsport event. The event saw a number of local sports clubs and businesses attend to promote their sports to the store's customers.

A big thank you to U8s coach Colin and player Mason who went along to promote the youth section on the day and to Decathlon who organised the event and let us use their rugby range to encourage customers to Give Rugby A Try. 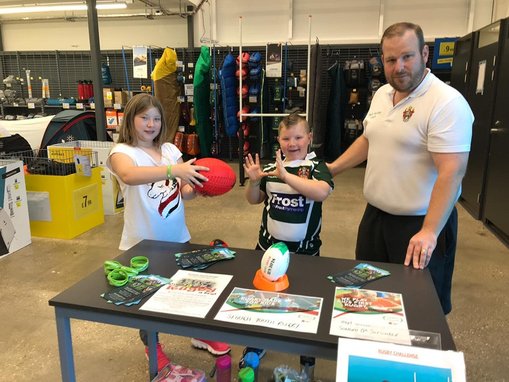 Slough RFC ended the summer with a community fun day.
The event saw bouncy castles, stalls, music, rugby and the first sightings of the 2019-20 kit. 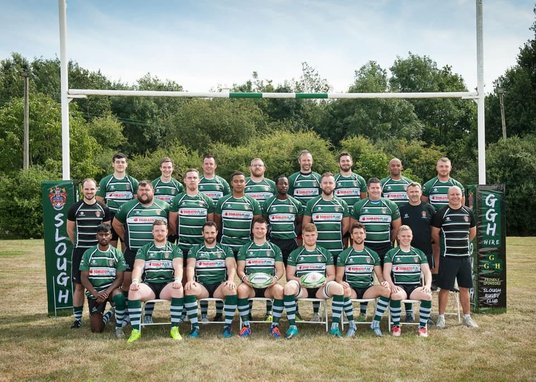 The club stall was at Slough Horticultural Show for an extremely blustery afternoon promoting the club's youth section on Saturday. It was a great opportunity to speak to local families and invite them along to our FREE pre-season youth rugby taster session on Sunday 1st September.

Many thanks to Callum who helped man the stall on the day.

A busy day was had which saw lots of children enjoy running with a rugby ball in hand on our obstacle course and our spinning wheel game run out of prizes!

A very big thank you to Sebastian, Andrew Leighton-Pope, U9s player Tyler with sister Lauren and mum Kelly who gave up their time to ensure that the club had a solid presence at the event again this year. 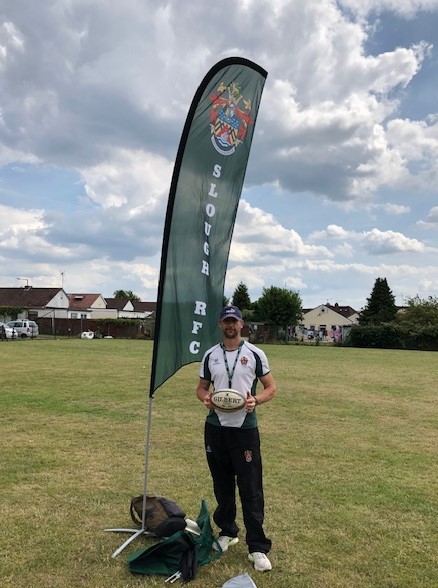 Cippenham Primary School kicked off their sports week with a day of rugby taster sessions run by Slough RFC youth coaches Mary and Martin. The coaches ran sessions for years 1,2 and 4 and introduced over 250 children to some of the games used by the club’s KIDS FIRST section. It was a blistering hot day but the children seemed to enjoy themselves and it was good to revisit the school and strengthen links after our first visit last year. 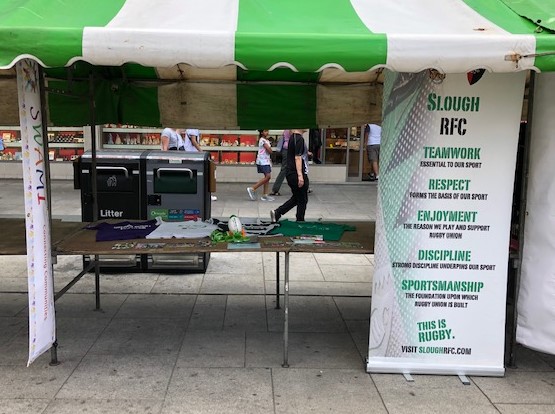 Slough RFC was invited to have a table at the SWAMI Slough Community Street Showcase today.

This annual event takes place in Slough town centre and allows local community groups to connect with each other and promote their causes to the public. It was good to have a presence on the high street and some promising contacts were made. 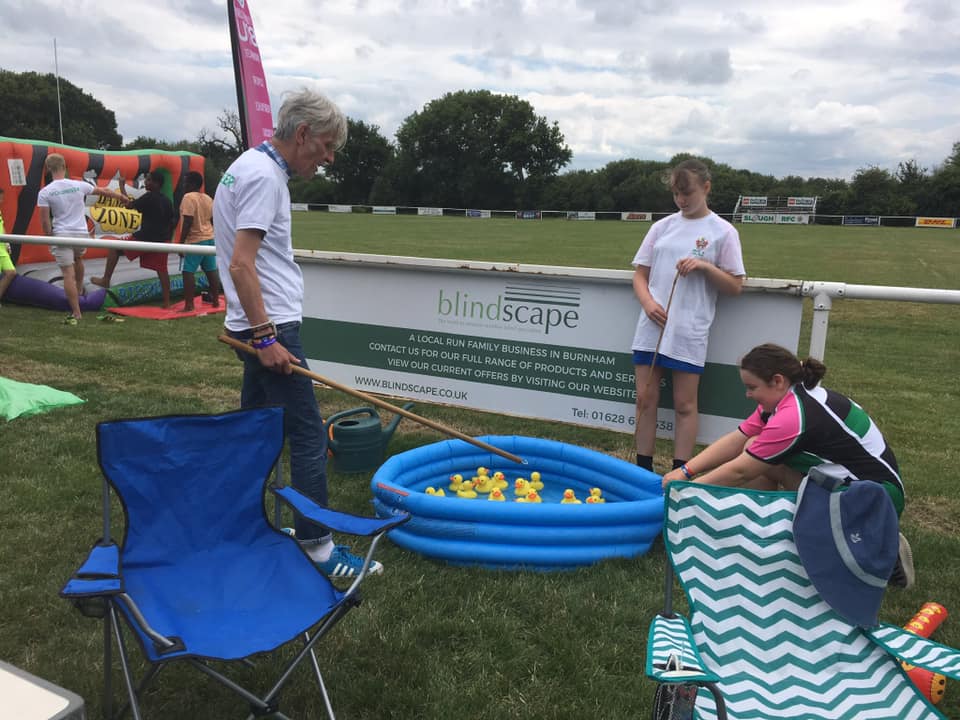 Thank you to everyone who supported yesterday’s Slough Rugby Club’s Picnic in the Park Community event. Despite a disappointing turn out the weather was fabulous. The club looks great and I think those who did attend enjoyed it. Special thanks to our visitors from High Wycombe RFC girls for coming along with their coconut shy and ducks. 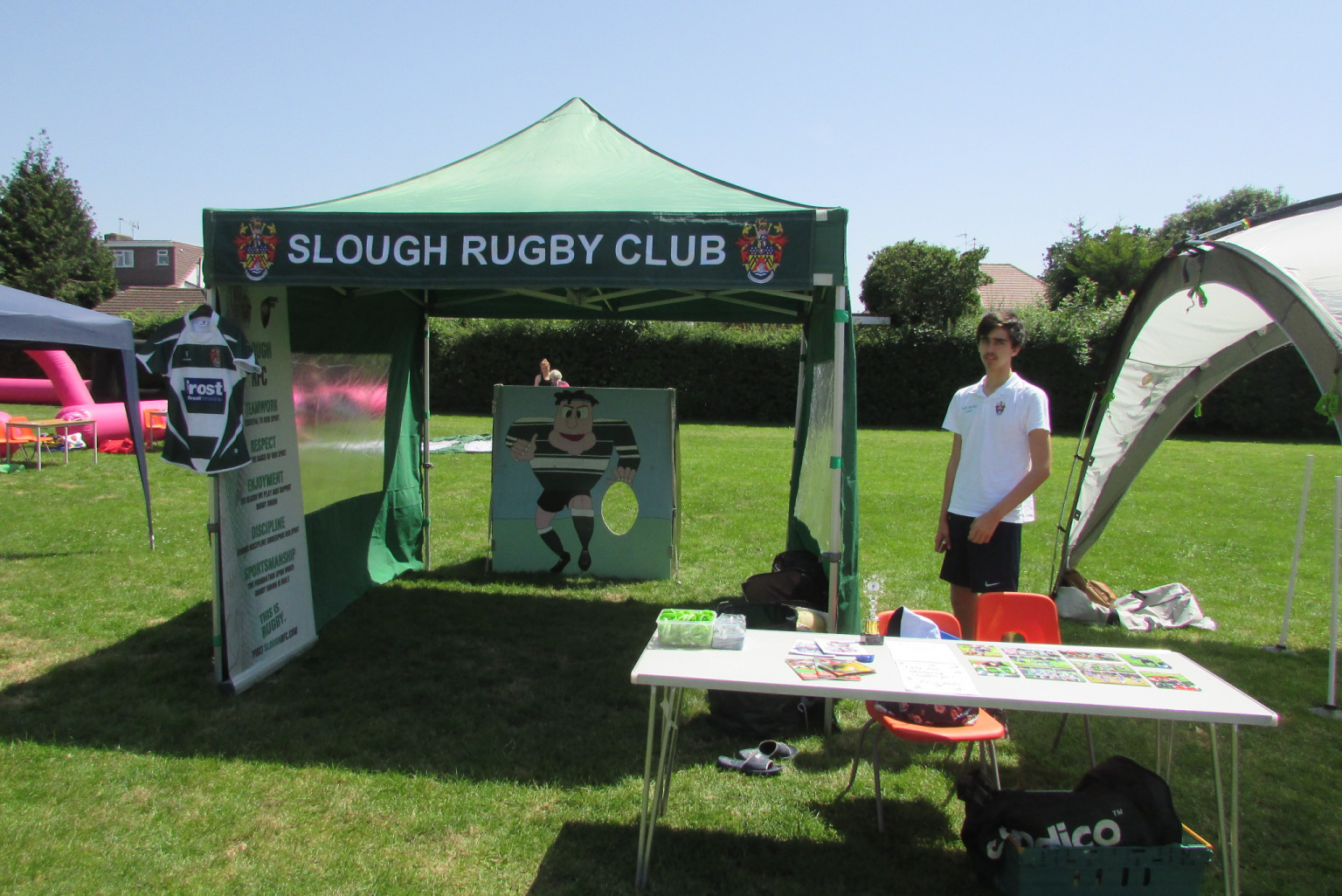 The club stall was at Castleview School Summer Bonanza for an extremely hot afternoon promoting the club's youth section on Saturday.

It was a really good opportunity to get into one of our local schools and an enjoyable afternoon was had with a good number of boys and girls taking our Throwing Challenge and asking for more information about the club.

Many thanks to Sebastian, Kevin and Martin for their help and to Eshen and Indi for inviting us :) 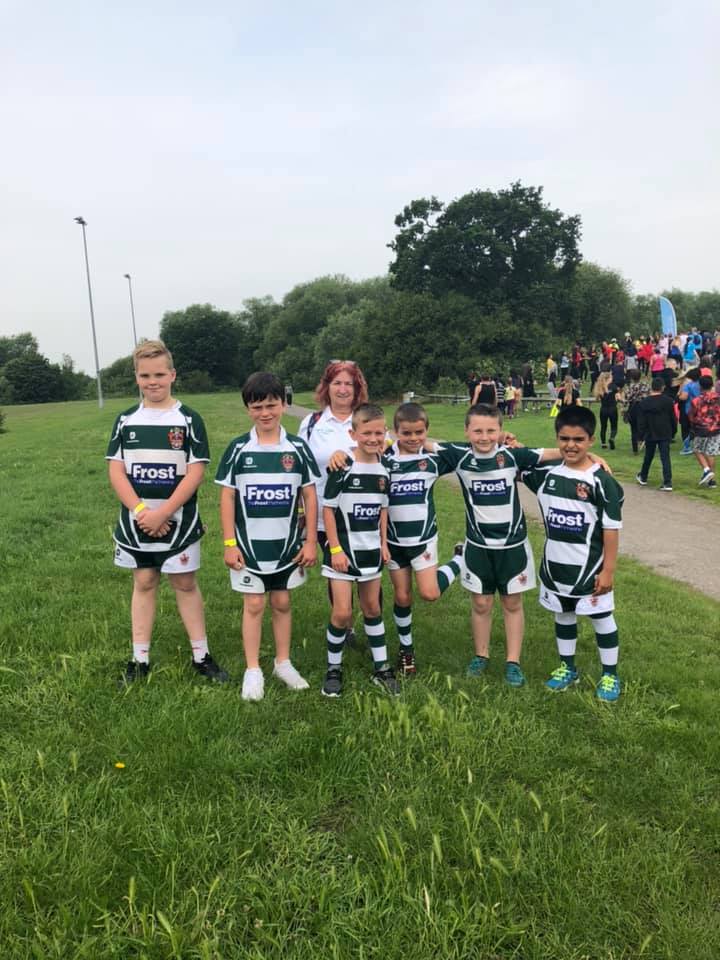 The Slough Family 5K Fun Run took place in Upton Court Park next to the club.

The club supported the event by providing refreshments, bag drop, facilities and support to participants and organisers.

A number of club members also took part in the event including some of our KIDS FIRST section players, parents and coaches. A big well done to U7s Eshen, U8s Jigar and Leo, U9s Caleb, Harvey and Jayden and U10s Aaron who all took part in kit to represent the club and did fantastically well.

A good day was had by all and all the kids seemed to be more than happy showing off their medals! They should all be very proud of themselves.

A big thank you to youth coach Sandie who accompanied them around the course. 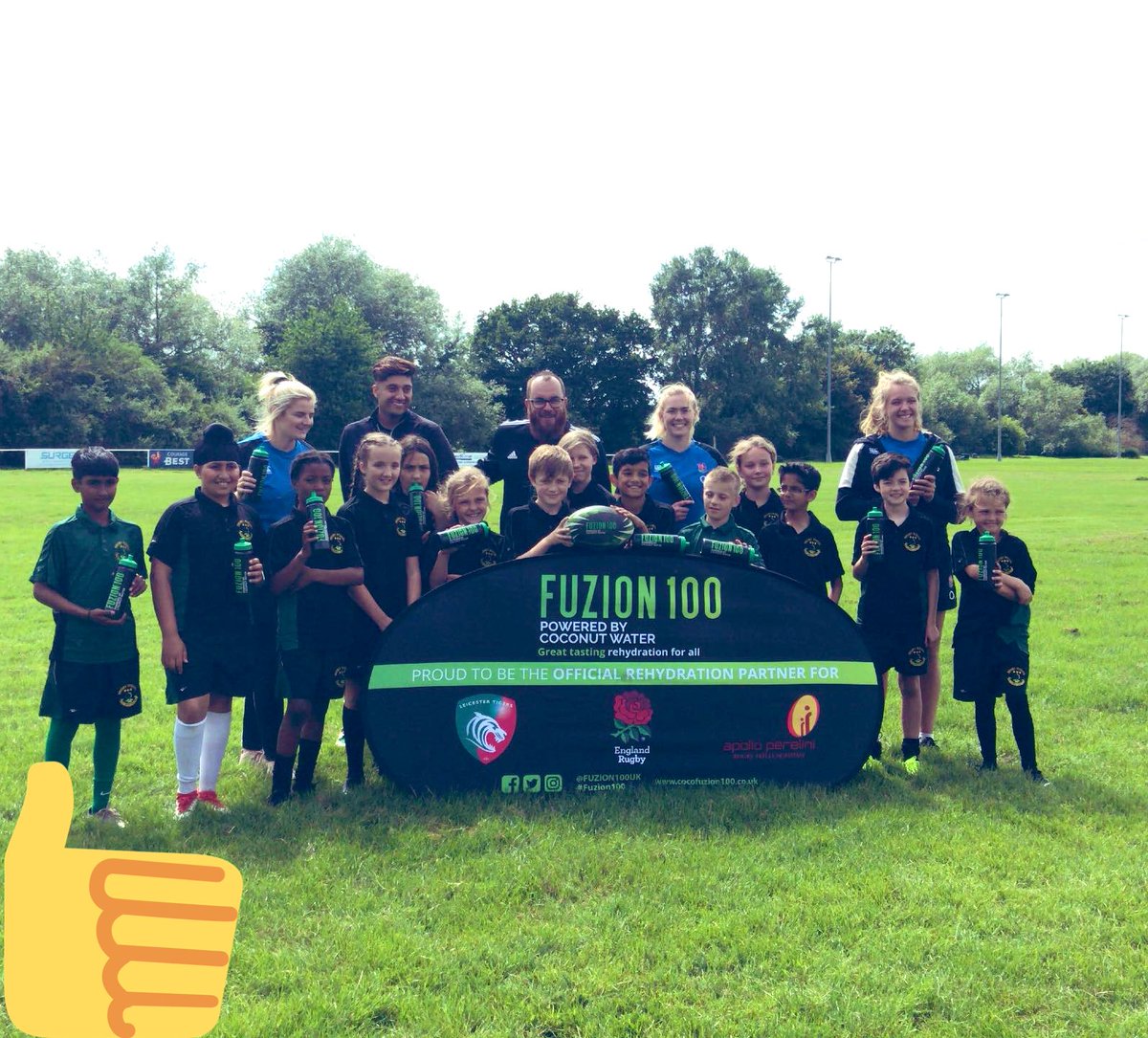 Priory School had an 'inspiring day' at Slough RFC when they met members of the England Women's rugby team for a special training session. The day was organised by Fuzion 100, the official sports drink and rehydration partner to England Rugby. The school will now go on to play in a festival at Twickenham at the Premiership Rugby final on Saturday!

Slough RFC attended Wexham Secondary yr7 parents' evening to give out leaflets and talk to pupils and parents about the club. 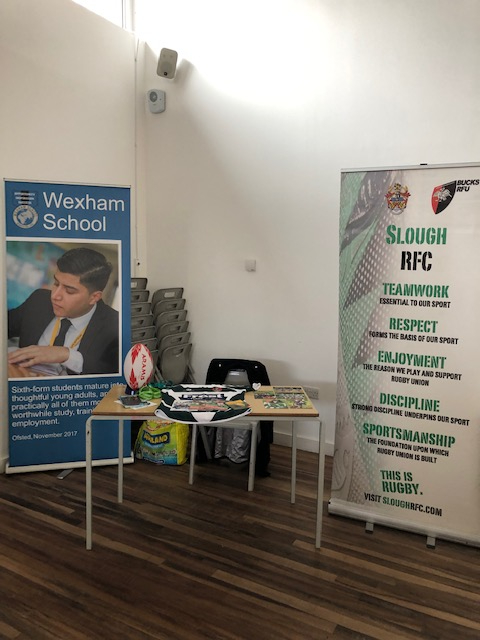 Previous seasons have seen us provide referees for the school's annual U11s festival and the stall in attendance at fetes and fairs. The session went well with some good rugby seen from both sides and we look forward to strengthening bonds even further next season. 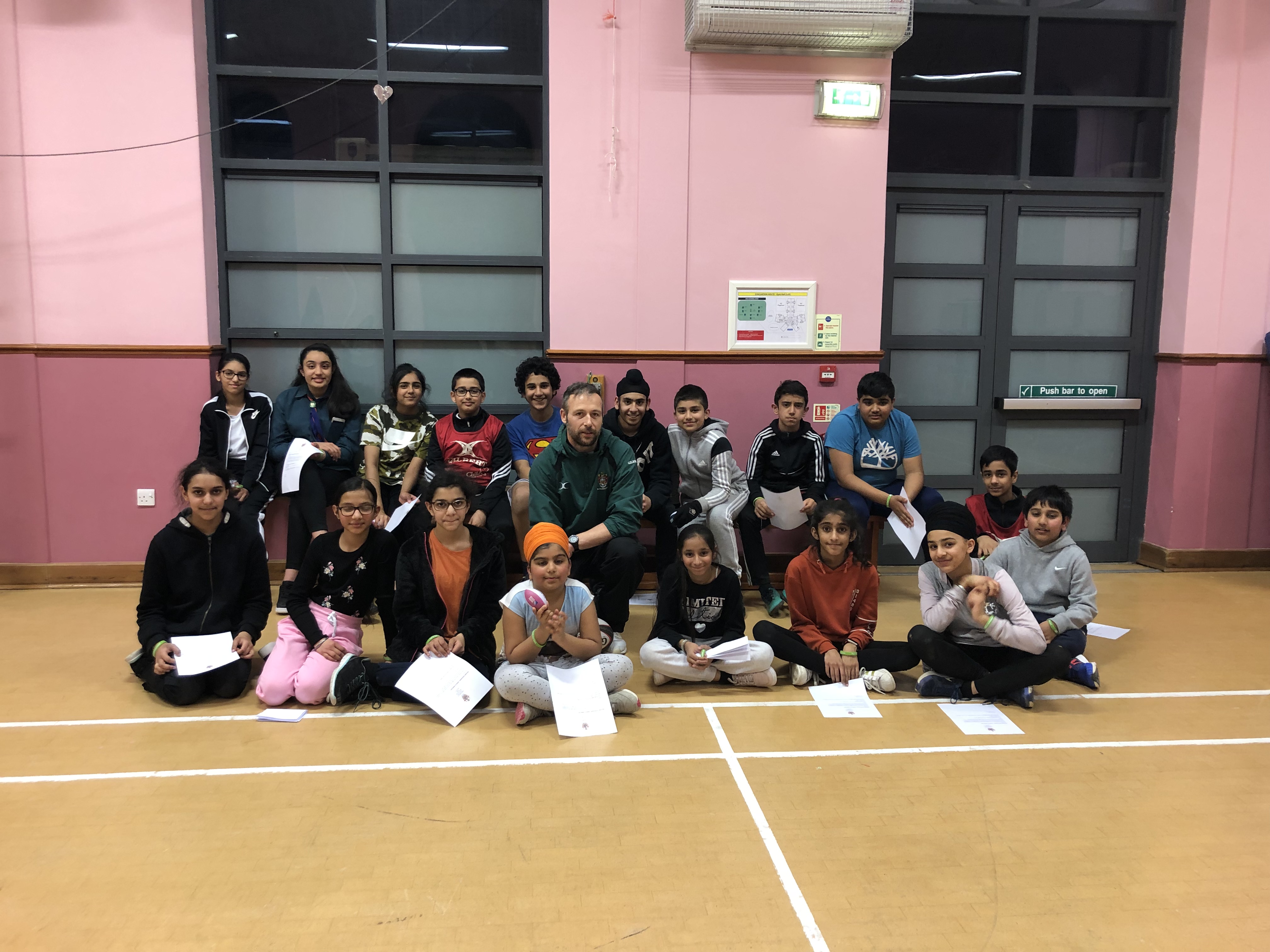 Slough RFC was pleased to give a rugby taster session to 13th Slough Sikh Scouts group.

Youth coaches Mary and Martin held a Q&A session then took the group through a few rugby training games, such as keepball and cone tic tac toe, before finishing with a game of Touch Rugby.

An enjoyable session with a great bunch of boys and girls. Hope to see some of them up at the club soon :)

This year instead of the usual tournament format, the festival was run under the RFU 'Megafest' format of activities and matches, meaning that more players were more active more of the time. Feedback from the schools was extremely positive.

Bring A Friend To Rugby Day

A big thank you to everyone that encouraged a friend/ family member along for our first ‘Bring A Friend to Rugby’ day. Most age groups had two or three non-members join them for the session which is great, we hope everyone enjoyed themselves.

Well done to everyone that took part in our timed ‘obstacle’ race, especially the parents that were game enough to give it a go! Congratulations go to Stuart who won the ‘U10s and above’ category with a time of 5.97 seconds and to Harvey who won the ‘U9s and below’ category with 6.84seconds. Both took home a nice new rugby ball. 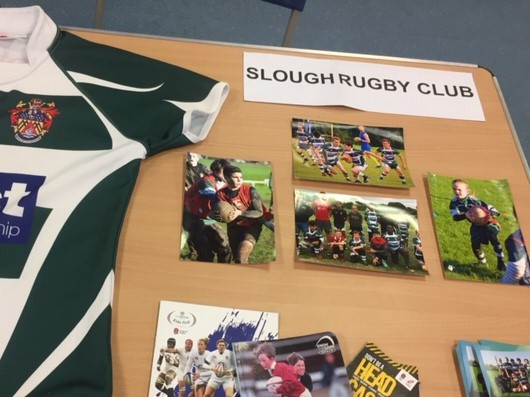 Slough RFC was invited to have a table at Grove Academy parents' evening to give out leaflets and talk to pupils and parents about youth rugby at the club. 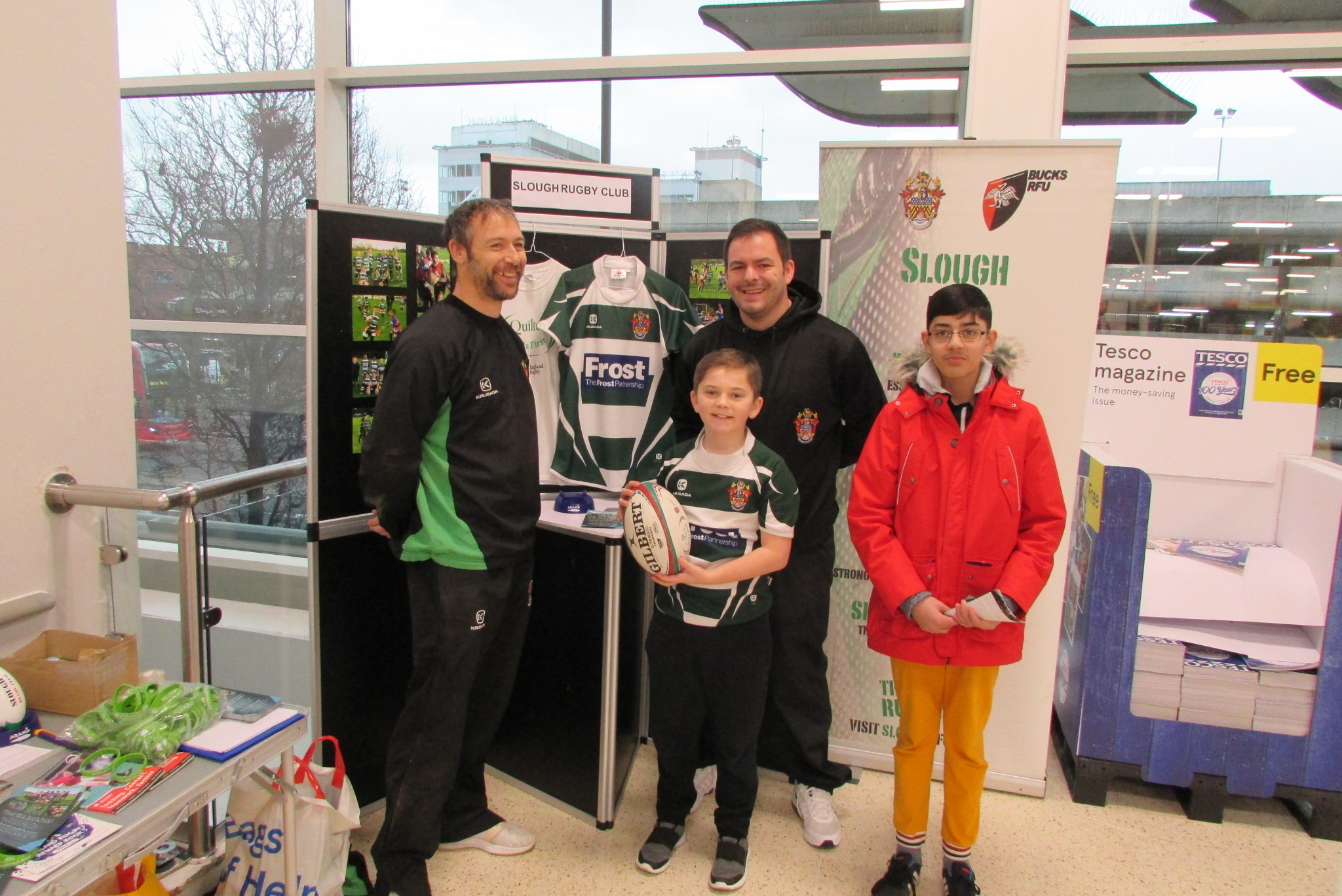 Coaches, parents and players from the U7-13s gave out leaflets and talked to shoppers about the club and encouraged them to bring their children down to ‘Give Rugby A Try!’

A big thank you to U13s player Vansh, U12s Dawson, Randy, Charlie and Leo, U9s Hayden, Harvey, Jay and Tyler and U7s Eshen and Mason for doing a great job of leafleting, and also of course to the parents and coaches that supported them.